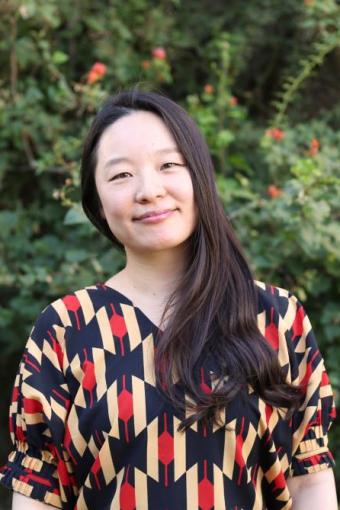 As a cultural anthropologist, she has conducted in-depth research on Internet development since 1999, specializing in South Korea. She is one of the founding members of the Haja Center (Seoul Youth Factory for Alternative Culture) run by the Seoul Metropolitan Government and Yonsei University. As a member of the Asia Pacific Networking Group (APNG), she organized the second and third Asia Pacific Next Generation Camp, holding the positions of chair and vice chair. She also has participated in the Internet Governance Forum as a member of the Internet Society.

Sunyoung's research and teaching interests concentrate on the influence of new media and digital technologies on society with a focus on youth, labor, and gender issues in Korea and East Asia. She is currently writing a book manuscript titled, 'Loser' Aesthetics: Online User Communities and Cultural Politics in South Korea, which examines the interwoven processes between Internet development and political-economic and socio-cultural changes in South Korea through the formation of new subjectivities of Internet users. She is conducting research on the history of the Asian Internet as her second book project titled, The Internet Made in Asia: The Cosmopolitics of Engineers.

Sunyoung also directs the Korean Studies program in the department and is a member of a university-wide collaborative and cross-disciplinary group forging exciting research agendas in the area of Technology-Enhanced Language Learning (TELL).

Her long-term goal is to conduct ongoing participant observations of and write the real-time history of digital technologies and beyond, including the Internet, artificial intelligence, and quantum computing.

KOR 251 – Introduction to Korea through Films

This course offers a thematic introduction to Korea using film as a window to Korean society. Korea has experienced a compressed modernity in reaction to complex international dynamics, which include colonialism, the Cold War, and globalization. Its rich historical and social particularities have been a valuable source for cultural products such as film production. Film enables us to see beyond our own experiences and reflect on our world and other people's lives through various aesthetic mediations. Through the medium of film, students will be able to learn about the country through vivid imagery. This course will also allow students to understand important issues related to class, gender, capitalism, and democracy that our contemporary world is facing using Korean films to illustrate these key concerns.
View Section Details

This course aims to allow students to learn about Korea using the three focuses of class, gender, and family. Reading ethnographic literature will be a tool to understand how class, gender, and family have been formed in Korea. Korea has transformed from one of the world's poorest agriculturally based countries to a postindustrial country in a very short time period. More than 80% of the entire population redefined itself as middle class, which shows Korean people's strong desire for upward mobility. Family has played an important role in realizing upward mobility and forming a middle-class identity. The gender-division of labor based on the separation between public and private spheres has functioned as an effective system for fast economic development while deepening gender discrimination. Marginalization of women has resulted in the abnormal growth of the private sphere where an extremely competitive education system and real estate speculation have been formed as family strategies for upward mobility. The particularity of Korean modernity can be found in the process of the interwoven formation of class, gender, and family.
View Section Details

Specialized work on an individual basis, consisting of instruction and practice in actual service in a department, program, or discipline. Teaching formats may include seminars, in-depth studies, laboratory work and patient study.
View Section Details